Dr Heart and a family update

Lillian had her routine cardiology appointment today.  We didn't have to drive all the way to KY this time as they have an office in New Albany.  Woo hoo...it was a somewhat easier drive and hey NO construction...can I get an amen?  It's been two years since she's been. The first question they asked was if she had her heart CT.  I was like, no...what heart CT?  Apparently, his office dropped the ball and didn't schedule one and neither Matt nor I recall him telling us she needed one.  However, he "wrote it in his notes so he knew he had told us" .  Anyway, he got a really good look at her coarc repair this time and was happy with what he saw.  I did ask him what we needed to watch for and basically they things can happen are not evident to us..they can only be assessed through testing.  He told me that pediatric cardiology is relatively young, about 50 years.  And over the last 10 years they are just now starting to see the effects of certain procedures.  Does that make sense?  So basically, she is at risk for aneurysms and dilation of the aorta. Since he got such a good look today, he is not adamant about getting a CT but if/when she has another one he'd just add on the heart part just for good measure.  Overall, a good appointment, but I told Matt when we got home that sometimes I feel like she's a little time bomb ticking away.  It's easy to look at her and sometimes see past all of the issues she has to deal with.

In other news, our third daughter was hospitalized for two weeks in November and those weeks happened to overlap with several of Lillian's specialist appointments.  Isabelle did come home with a feeding tube in her nose after having been diagnosed with a colonic ileus and severe lower quadrant pain.  Most folks involved in our lives were aware of what was going on.  What most don't is that since she's been home, it has been a slippery slope down hill.  She has continued to have problems with eating and tube feedings to the point that she passed out in the shower a week ago yesterday.  On Monday she was scheduled at an eating disorder clinic up North.  At that appointment it was clear she was in danger from a medical standpoint and after a brief conversation that resulted in her shutting down and not speaking to me, we made the difficult choice to have her admitted to Methodist Hospital adolescent psychiatry ward.  One of the hardest days of my life leaving her there crying with her head down. It has been indescribably difficult to have her gone during this time.  I stayed in Indy the entire evening after leaving her and my brain telling me to go back and get her.  This has been a very difficult season and continues to be so.  She is still there and we are hopeful she will be released tomorrow.  While I wanted to ask for prayer globally and I have no shame in what we chose to do ...it is very complicated to explain.  So, I ask for prayer now.  Pray she will be totally healed and continues to recover.

We have made trips to see her every other day and I'm so grateful gas has been so low because it takes a fill up every other day to make the trips.  Matt had to be off work for her previous hospitalization and we are still in the recovery phase of that financially.  Those bills are just starting to roll in. We are grateful to have very good insurance, but will still have a substantial amount out of pocket.  We know God will continue to provide.

I leave you with a picture of Lillian I took to show her how "crazy" she looked to try to help her calm down for the EKG. 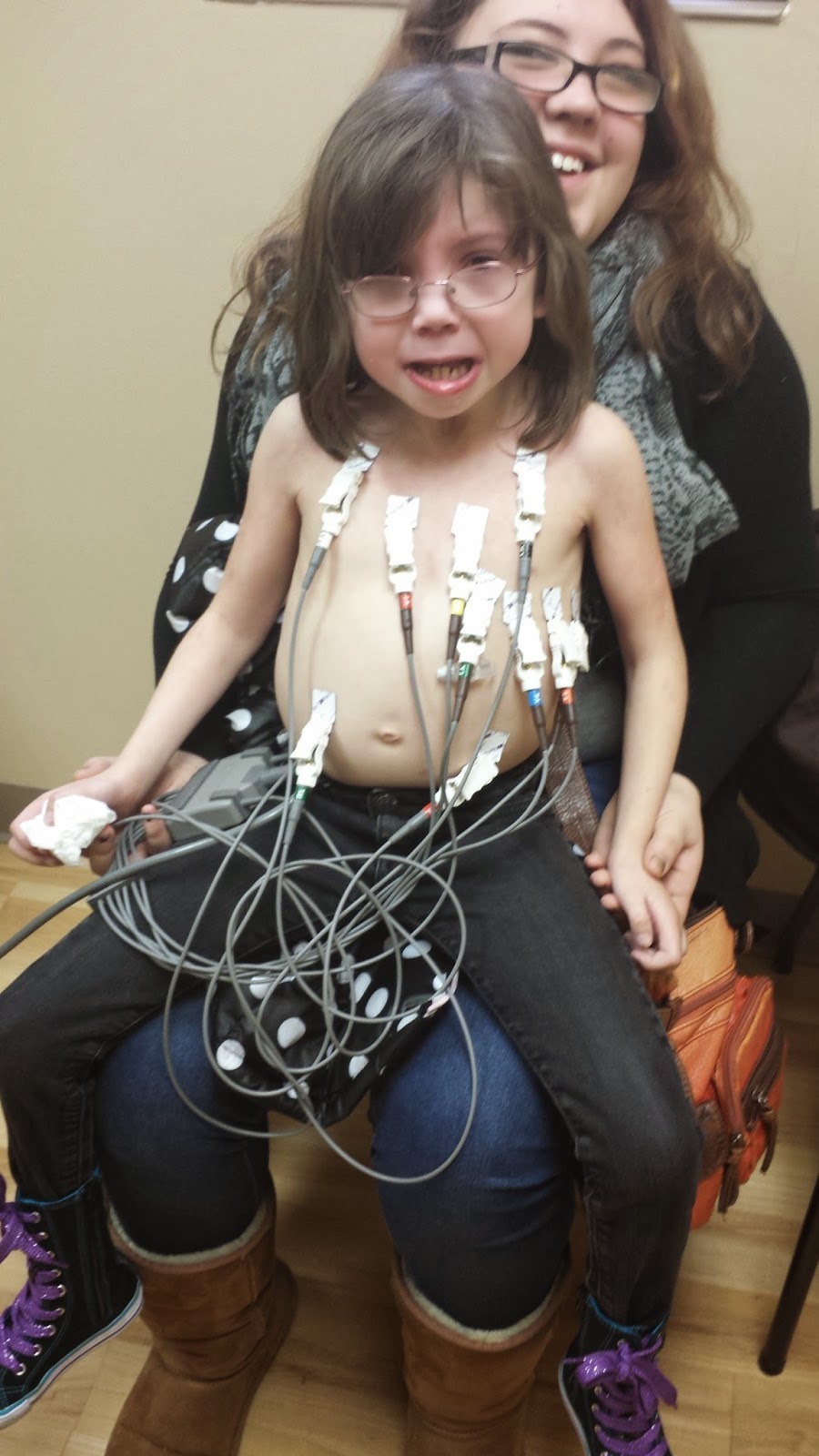